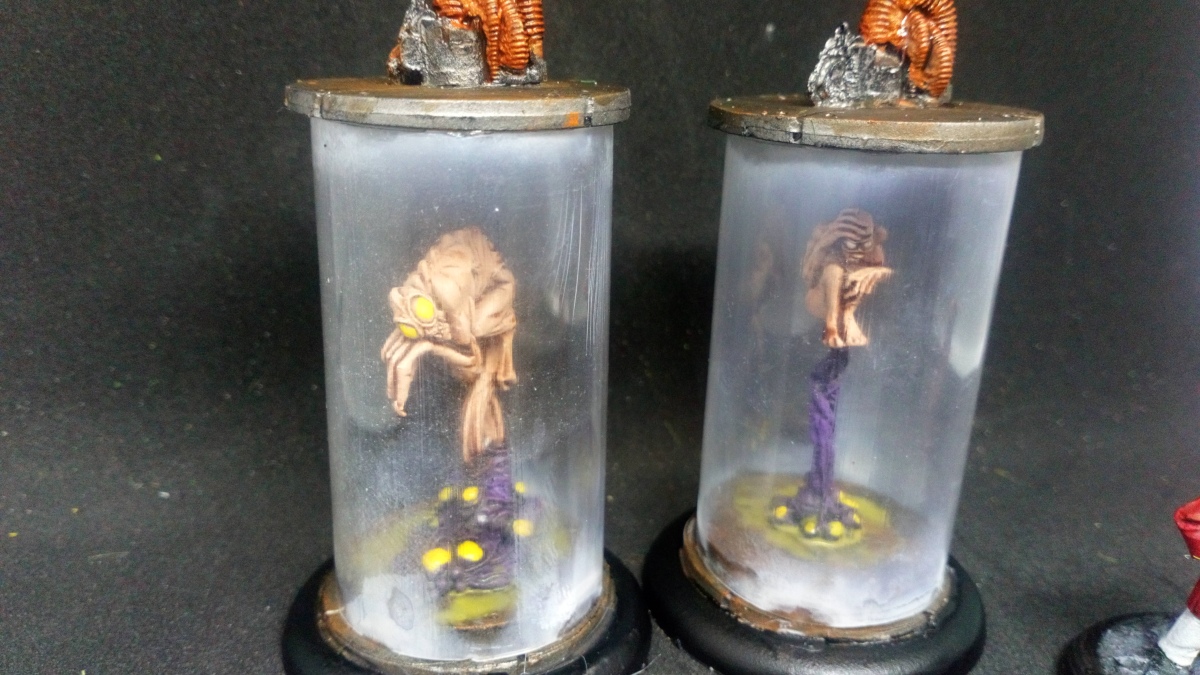 As I continue to prepare my 7TV secret base board I’ve been thinking about the sort of rooms and components that make up a good lair.

One thing that evil geniuses such as Baron Ironblood are always keen on is some form of twisted scientific research.  Part of the lore of the Red Shadows organisation both in the toy line and the accompanying comic strips in Battle Action Force was the idea of the Kraken.

The Kraken in toy form was originally only available via a special offer leaflet in some Action Force vehicle boxes.  In the story line this was a bit more of a science fiction diversion for what primarily up to this point was a more hard military tale.  Discovered in stasis beneath the artic ice the Kraken was then engineered by the Baron and his servants into servant of the Enemy, armed with ‘trident gun’ and net (and then cloned many times over).

I’m yet to model a Kraken for inclusion in my cast (an official stat card exists for the creature in the 7TV 1969 Annual), but undoubtedly this will happen at some point.  However in the meantime and considering my focus on pulling a secret base layout together I’ve gone back to the early stages of the Baron’s experiments.

Suppose rather than happen across a conveniently frozen lizardman in the snow, the Baron had to work for it and develop his own super soldier mutant.  Many years ago I picked up this excellent set of miniatures from West Wind Productions Secrets of the Third Reich range.

I’ve been waiting for a while to do anything with them so have decided to paint them up as features for a laboratory in the base.

The kit is all metal apart from the clear plastic tubing.  A quick paint job on the metallic parts using some washes and Citadel Ryza Rust gave me the kind of murky grimy evil lab setting I was after.  For the ‘specimens’ it was another excuse to use some Citadel Constrast paints. Guilleman Flesh over a white undercoat is one of the best results I have come across yet for this new range and it works particularly well for these gribbly creatures.  I also used some ‘Nurgle’s Rot’ to add a bit of slime to the bases.

One mistake I made was the overuse of super glue to fix the clear plastic tubes to the metal ends resulting in a bit of frosting.  In the end though I think this kind of adds to the effect.

The accompanying white coated scientist becomes a red coated scientest and voila I have some set dressing for the lab.  I can also use the scientist in my 7TV cast as an extra, so bonus.

I’ll be adding a few more bits and pieces to the lab (including of course some walls and doors) and a thinking about a command centre.

One idea is to add some of the plant based post-apocalyptic miniatures from 7TV to the mix.  Can’t help but think that the Baron would certainly be in the market for a few Triffids.