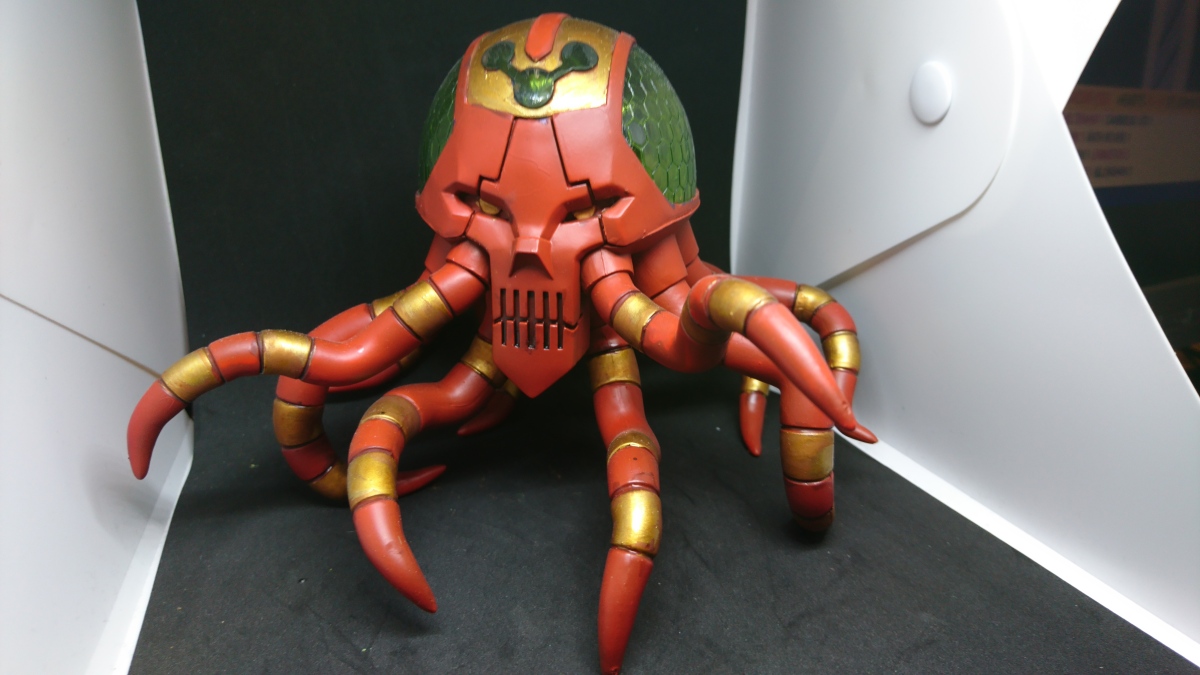 For some time I have been working on a ‘pulp science fiction’ set of miniatures and models primarily for gaming with the 7TV ruleset.  I’ve previously blogged about the excellent range of ‘Flash Gordon’ style figures from Cold War Miniatures, including their wonderful 3D printed rocket ship.

With the recent completion of the 7TV Pulp Sci Fi miniatures Kickstarter I have a load more reinforcements coming over the next few months.  (For the record the 1980 version of Flash Gordon is my all time favourite and probably most watched film of all time).

In the meantime I’ve been thinking about how to expand the legions of Mongo to include some themed vehicles to my selection of troops and personalities.

A while ago I picked up a Heroclix model of ‘Brainiacs Skullship’.  You can see the original below.  This was ostensibly in order to model a Roboskull for my Action Force project, but in the end I never quite got round to that.  However as a model it has a certain ‘pulp appeal’ and so I set about repainting this in some suitably Ming-like colours.

The model was first removed from it’s Heroclix base using a hobby saw (and a bit of blunt force).

A basecoat of red primer was applied with the airbrush and a couple of progressively lighter reds (all Vallejo Game Air) were applied as highlights.  The clear plastic green panels were masked so that they could be left in place. 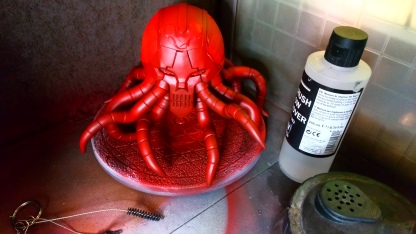 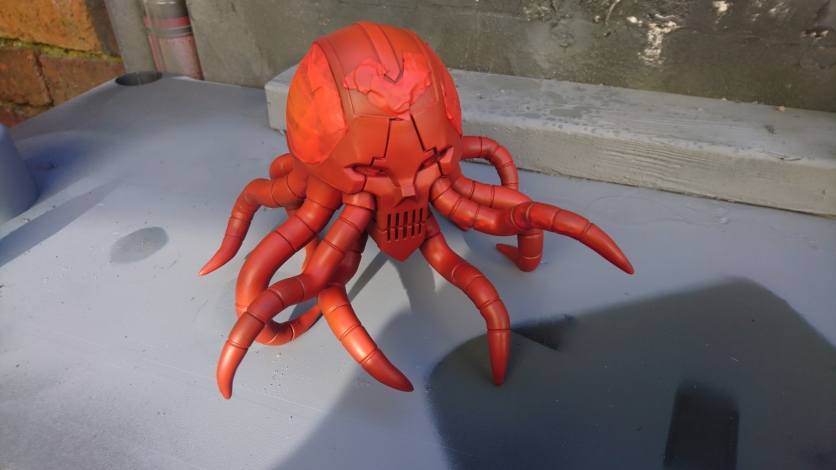 Detail was picked out in gold and black lining was done with Tamiya panel line wash.

All I am quite pleased with the result.  I think it has a aesthetic that matches the style of the Flash Gordon movie well.  I have another one sat on my shelf that I think I am going to do something similar with, but maybe in the black and gold of Klytus’s Imperial Secret Police.